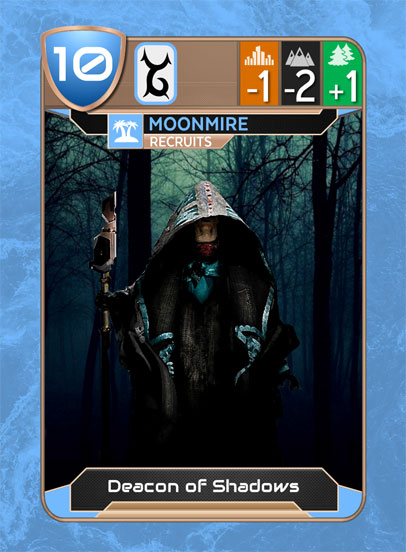 One of the darker Religious sects to form several decades ago is called the Shadows. They live in the darkness, typically living among the unpopulated zones. They mostly take advantage of street people, recruiting them into their shadowy beliefs. This is why the Underground has such distaste for their presence. The Deacon of Shadows is both revered and feared by believers and non-believers alike.