DOWN CAME THE RAIN 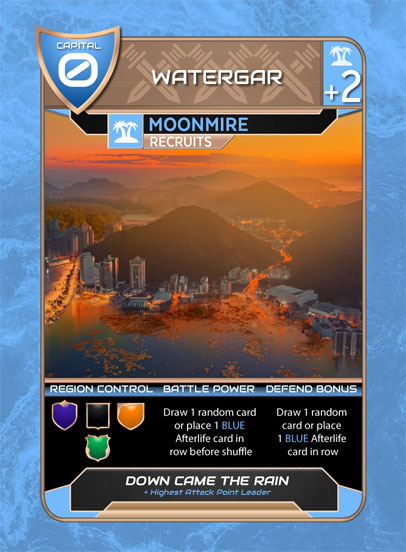 This coastal lowland territory was once thought to be uninhabitable after the tidal change washed away thousands of miles of coast land. But when the seas backed away, the marshy swamps became a haven for the mystics and the old, forgotten buildings gave rise to a new culture which repurposed the foundations to create a new society. Though they are a little rough around the edges, it does seem to be a place where many people are flocking to because of the distance from the other societies.