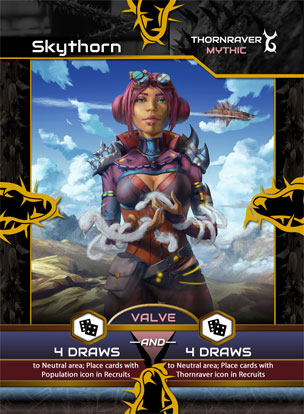 Skythorn was once known as Vala Drach from a small village in the hilly region in the middle of the continent. Her family taught her flight at a young age as this area was known as the Airess Valley. Many of the villagers were active aeronauts. However, when the Overlord came, many decided to fight where Vala was more interested in joining the Overlord from the onset. She turned on her friends and family leaving them behind in enslavement or potentially death. Shows her character in a nutshell.