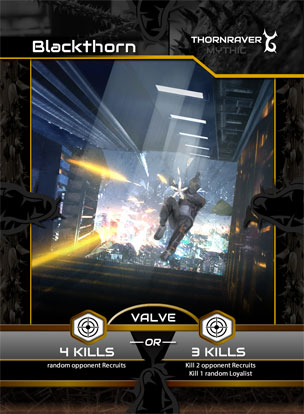 Near the Forsaken Zone where nothing can survive the cold, there is an area that is borderline unlivable. It is called The Shivering. It is traditionally used as a dropzone for those who are banished from North’s End. Only one man has been known to actually live in this environment, he is called Blackthorn now, though his original name is unknown. He was once banished, long ago, here for his use of the dark arts but survived. He made a home here while perfecting his craft in order to return to Solus proper and destroy all in his path. Blackthorn may be the most ruthless killer on the continent.