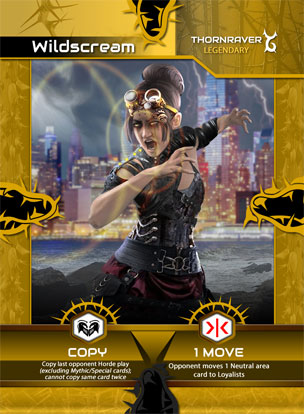 She’s loud. Really loud. Her voice can crack glass and destory a mirror. She was raised in the New Republic and when she lost her voice because of a terrible sickness, they installed a voice box that was supposed to help amplify the sound a little. The wires actually grew into her throat passage and the connections intertwined with her tissues and muscle. After about a year, sound was coming out but within six months, it was uncontrollable to the extent that the entire neighborhood in which she lived could not sleep at night if she began to snore. So they asked her to leave and she has since moved to the Shattered Valley where she has more room to let it flow.