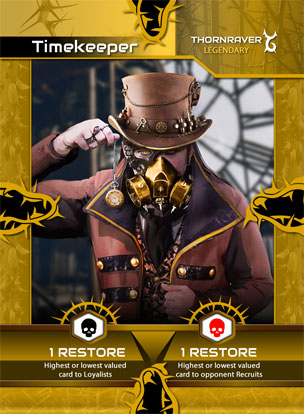 Deep in the recess of Old East lived a man who understood time at an infinite level. He had the knowledge of time manipulation. Granted, it was only seconds he could adjust with what he called his “Continuance Apparatus of Manipulation” (also know as CAM). He would use the CAM to slow time between 1 to 5 seconds, not much. But wow, what one could do with those seconds. He thought he was a superhero of sorts and began taking the CAM to the streets and saving lives. He chose his superhero persona by calling himself Timekeeper. How cliche.