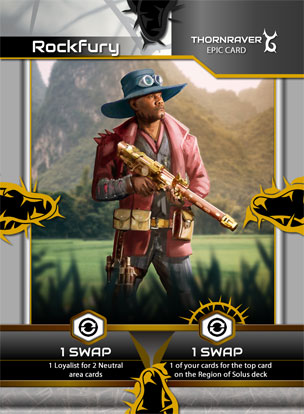 Covenrock is the biggest mining operation in the region and Rockfury has always been inventive in his mining techniques. For instance, he reconfigured a blunderbuss to shoot dynamite sticks from a distance. But Rockfury always felt he had a greater calling and decided to take the opportunity to join the Thornravers when they came and took over part of Covenrock. Where he would discover a knack for negotiation as an intermediary. His word would become law and those who broke his aribitration would find themself dealing with his justice. Quickly just the mention of his name is often said to end a dispute right then and there.