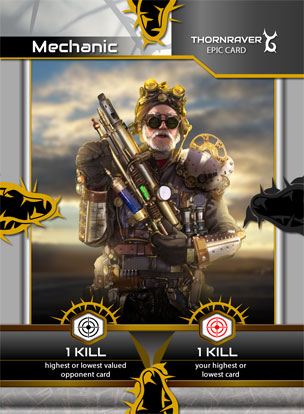 Mirag the Mechanic has been a fixture for over a decade in fixing the ancient steam engines that still operate and transport goods up and down the tributary of rivers in The Ides. Though some areas of Solus are advanced, many others have made do with older technology with more sophistication. Having someone as handy as “The Mechanic” around to fix things is great but when the Thornravers learned of his passion for killing, as in, Mirag was actually a serial killer who had been operating in the Riverrun and Moonmire areas for the last 8 years, they realized they had struck gold. So for the first time in history, a serial killer was hired on to do his job even better than before. What is the world coming to?