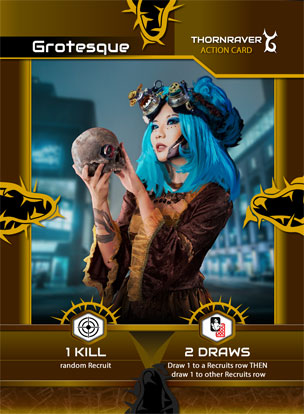 As a young girl, she made her way from the far east and arrived by boat on the northwest coast of Solus. Alone, hungry and willing to do anything to survive, she joined an underground fight club. This eventually led to a fight that changed her life. Disfigured and a little deranged, she began calling herself “the ugly one”. But her wicked fighting skills and loss of a conscience, when the Overlord got his hands on her, she was renamed “Grotesque” and became a Thornraver.