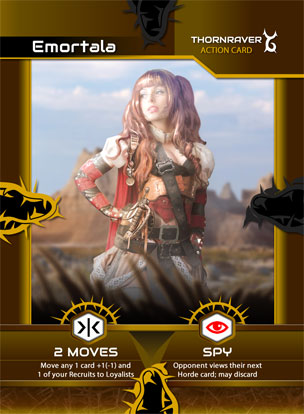 Disenchanted with the big city, Faction control and all its complex intricacies, Emortala and her sister Condora left Waterborne and Novus City. Emortala doesn’t seem to age, it could be due to her uniquely carnivorous diet or her Waterborne powers. However, after setting roots in West Emberlands, she had an axe to grind with those who had forsaken her in Novus. She welcomed a return when the Overlord arrived and offered her revenge.