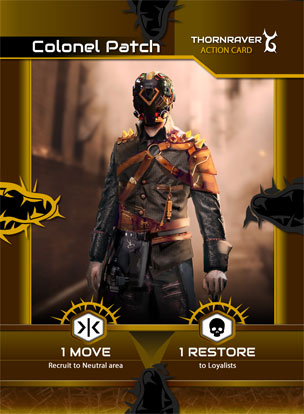 An old guard from the south, Colonel Patch was actually a colonel in what used to be the Transunion army. He was injured but they succeessfully implanted new robotic parts that were experimental at the time, to save his life. These “experiments” were quickly outlawed because of the high failure rate but Patch was one of the very few lucky ones. He’s lived an extra long life and doesn’t appear to be slowing down at all.